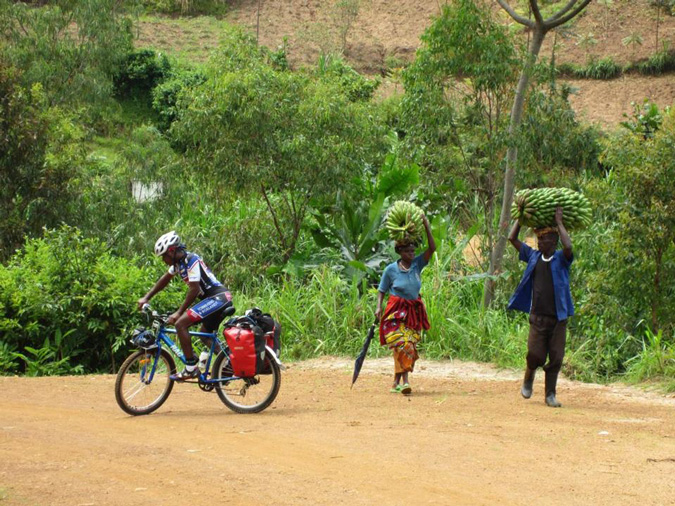 Are you good at cycling and you are wondering how best you can do it in Rwanda? Well, one of the unique ways for you to explore Rwanda is by embarking on biking/cycling tour. This magical country is credited for its rolling hills that make an ideal place to take you through off the beaten track cycling tours. Biking tours in this remarkable landlocked country provide the most incredible travel experiences that any travel enthusiast shouldn’t miss out in life while on safari in Africa. Besides mountain gorilla adventures at Volcanoes National Park, cycling is that one fascinating experience you have to consider in your bucket list.

Rwanda stretches over several scenic hills and valleys, with roads winding around and across the contours that make it one of the best places for one to take biking tour. The routes take cyclists via scenic countryside with breathtaking backdrops, great areas with natural beauty and through several areas which you can’t access by car.

Usually, cycling routes begin from Kigali capital city and through the forested chain of volcanoes that stretch to cover some parts of the Democratic Republic of Congo and Uganda then to the northwestern side of this magical country. The major routes include Kigali, the Congo Nile trail and Kigali hills and views.

With Congo Nile trail, you kick start your ride from Gisenyi and then head off to Kibuye, ascend via the divide which separates the Nile and the Congo River. This trail was introduced for this thrilling experience around 2009 and takes cyclists through twisted networks of trails and roads that stretch from Gisenyi north of Lake Kivu.

It covers about 227 kilometers south to Cyangugu. The trail also covers 140 miles along the shores of Lake Kivu which comes with stunning bays and headlands. Incredibly, this adventure involves rising and dropping abruptly to the Lake through dirt routes, lakesides, single tracks and a redirected track in the forested Nyungwe Forest National Park.

This comes with breathtaking sceneries from endless hills and many towns and villages. While here, you get the best of the rural life setting which city dwellers rarely experience.

If you are good at bird watching, there are notable birds for you spot out and they include among others the white-breasted cormorants, black-headed herons, white-tailed blue flycatcher while adventure enthusiasts get the best of the rolling hills in this particular part of the country.

This takes you through Kigali capital city’s gentle hills to several tourist sites worth exploring. They include among others the Kigali genocide memorial site, the Kigali trading center, historical Kiyovu, the Caplaki craft market, and Kigali convention center.

Looking at the Congo Nile trail and coffee plantation, you take the ride via the eastern side of the scenic Lake Kivu from Rubavu across small rural settlements as well as coffee plantations to the impressive lakeside town to Karongi.

In conclusion, a bicycling tour in Rwanda rewards travel endeavors with incredible views over surrounding areas and so many tourist sites.