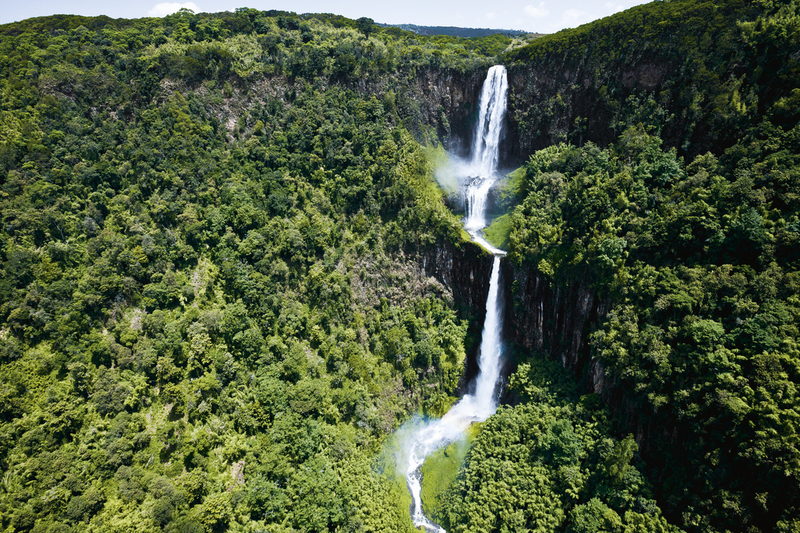 Aberdare National Park was established in 1950 making it one of the oldest national parks in Kenya. This park covers an area of 767 square kilometers and this makes it one of the smallest conservation areas in Kenya. It is credited for its most breathtaking terrains given its location in most of Kenya’s central highlands (2000 to 4300 meters above sea level) to the west of Mount Kenya. It covers the Aberdare Mountain ranges from the high moorland to the peaks of the Kinangop and Ol Donyo Lesatima which also feature a canyon like V-shaped valleys that make up the gentler valleys that are divided between steep hills and rocky outcrops. Rivers and streams also surge down via the spectacular waterfalls.

Aberdare National Park is significantly one of the most valuable catchment areas in Kenya providing water to River Tana and Athi as well as part of Central Rift and Northern drainage basins. To traditional Kikuyu folklore, Aberdare is a home of Ngai which means God! The Aberdare National Park entirely features 2 (two) zones-the western side which comes with the thick forest and the most spectacular Aberdare terrains  and then the eastern side of the park which also comes with two safari lodges, treetops and the Ark. This park stands as one of the best areas that reward visitors with lifetime hiking adventures and scenic views.

Aberdare National Park offers refuge to several distinct tourist attractions making it one of the most endowed safari destinations for you to get out of the usual surrounding. With exceptionally diverse tourist activities in offer, visitors on safari to Aberdare national park never left out choice. It is a home to second biggest number of black rhinos that are also the famous endangered species today. Besides, other incredible wildlife species for you to spot in this stunning national park include the leopards, African elephants, Cape buffalos, olive baboons, duikers, mountain reedbuck, water back, East African wild dog, bushbuck, golden cats, side stripped jackals, bongo antelope, elands, melanistic serval cats, Sykes monkey and black and white colobus monkeys. A side from game viewing, the park is also the best site for picnic tours, trout fishing especially in its spectacular rivers and camping in the moorlands.

For bird enthusiasts, more than 290 bird species can be sighted in Aberdare National Park. For visitors on avian safaris in this protected area, the notable birds to spot include the sunbirds, goshawks, Jackson’s francolin, mountain buzzard, ayre’s hawk eagles, Rufous breasted sparrow hawks and many more. With diverse attractions that are confined  within the park, visitors on safari to Kenya have opportunity to  engage in birding, wildlife viewing or nocturnal game viewing from the Ark/treetops lodge which also features as the major tourist activity in the park, trout fishing in the ice cold Guru Karuru and Chania Rivers, climb to the twin hills, table mountains and Elephant hills, pay a visit to the waterfalls, catch a glimpse at the stunning Lesatima and Kinangop peaks or alternatively take a walk via the moorland. It is from this remarkable conservation area that the treetops Hotel is located that featured as a place where Princess Elizabeth of the UK acceded the throne at the time when her father passed on around 1952.

Aberdare National Park is regarded as an all year round safari destination. January and February, from June to September are preferably the best months that you should consider if you are planning to pay a visit to Aberdare National Park. The 2 (two) main wet seasons start from March to May and October to December. Aberdare National Park receives rainfall amount of about 1000mm in the northwestern side of the park to 3000mm in the south east. Traveling during the rain season is sometimes very challenging especially on muddy routes. For visitors who are interested in nocturnal/game wildlife species in this park are best spotted from January to March. For visitors who are interested in bird watching in this park, you can pay a visit in the month of April to December.

Getting to Aberdare National Park

Aberdare can be reached both by road and by air. By road, visitors can follow the route to Nairobi while in your four by four luxury safari vehicle or fly to Nanyuki where you will drive along the tarmac road to Nyeri about 180 kilometers from Nairobi or Naru Moru to Aberdare National Park’s eastern entrances. There are affordable commercial airstrip like Mweiga and Nyeri that are available for charter flights to areas next to the protected area’s headquarters. There is also another route that connects the eastern boundary with the entrances to the western side of the park where visitors can connect by car from Naivasha about 87 kilometers in the rift valley but you need to have a bit of stamina as it involves navigating through the mountain terrains around this area. There are 5 gates through which visitors can reach to the park and they include the Ark gate, Treetops gate, Mutubio, Shamata, Ruhurni gate and Kiandagoro gate. The entrance to the park starts from 6:00am to 6:00pm after clearing with park entrance fees that may cost around $50 for adults and $25 for children. For your safaris to this remarkable conservation area, you will need enough drinking water, picnic and camping equipment, camera, hat, sunscreen, sunglasses and guided books, binoculars and many more.

The prominent lodges for you to spend an overnight stay in Aberdare National Park include the Ark Tree Lodge, Aberdare Country Club, Aberdare cottages, Tusk Camp Banda and Fishing Lodge. The notable campsites are found in the reedbuck, Shamata, wandare and Ruhuruini.

In conclusion, for safaris in East Africa, simply contact our receptionist and we can help you achieve your long time dreams.