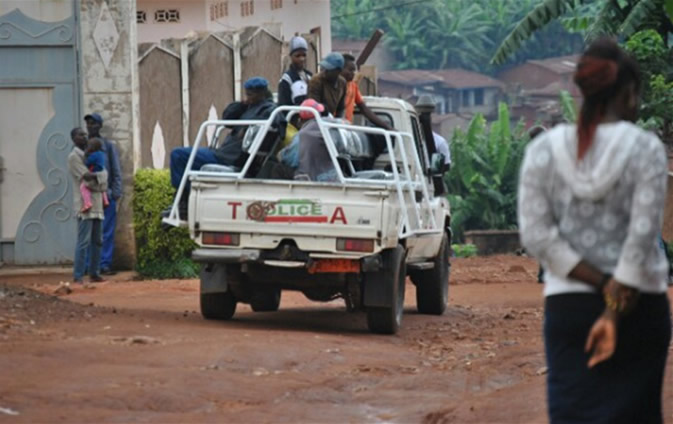 BURUNDI – Thursday, April 28, the area was surrounded by police at dawn. No one could enter or leave until 11am. Except 7 people arrested and about 300litres of prohibited drink, no firearms were seized.

It was 4h 30min in the morning when the people of Magarama knew she was surrounded by police. Muslims who went to morning prayers quickly turned back for fear of being arrested on the pretext that they do not have identity cards on them. At 7 am, the actual excavation begins. The police accompanied the authorities on the basis entered the house and searched every room in the presence of a head of household or someone else’s home. During this activity, nobody had right to go out, everyone was ordered to stay in front of his house. Schoolchildren and students had to be in uniform to pass. Officials and merchants begged the police to let them go to work, but they remained unmoved. “We have received orders and that’s it.”

According to the district chief, although the search was long, it was necessary because, according to him many irregular lived his neighborhood these days.

“Fortunately we did not find any firearms but hundreds of liters of prohibited drinks were seized in some people,” said Jean Ngenda.

About 7 people interpals, he indicated that they had no national identity card but these are people in his neighborhood.

“The bandits and others who disturb the order at home come from other neighborhoods, not surprising when they were arrested this morning.”