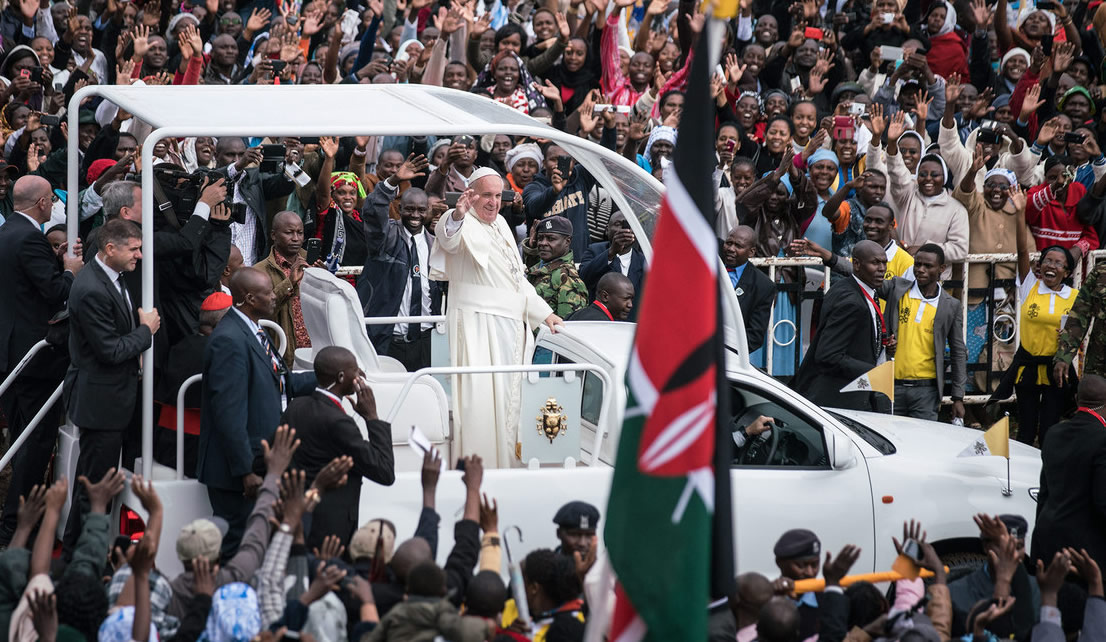 Kenya – Pope Francis arrived in Kenya in the midst of heightened security in this East African country that has endured a series of attacks by Islamist militants over the recent two years.

The pontiff arrived in Nairobi the Kenyan capital, Wednesday evening on the first leg of a three-country tour of Africa, his first visit to Africa since his papacy started just about three years back. He will visit neighboring Uganda and Central African Republic later this week.

The government shut streets in the city and is deploying over 20,000 people; most of them were security personnel, to help keep Pope Francis secure during his visit that ends on Friday. About 2 year ago, Islamist militants attacked an up market business shopping mall in Nairobi and killed over 67 people. Attacks across the nation since then have left around 500 people dead, as indicated by Verisk Maplecroft, a Bath, England-based risk consultancy.

“Experience demonstrates that violence, conflicts and terrorism feast upon trepidation, mistrust and the despair born of poverty and dissatisfaction,” Pope Francis said in a speech show on national TV. “Eventually, the battle against these enemies of peace and prosperity must be carried on by men and ladies who fearlessly believe in, and bear honest witness to, the great spiritual and political values which inspired the birth of the country.”

The population of Nirobi is expected to increase by 1 million people amid the papal visit, the spokesman for Kenyan President Uhuru Kenyatta, Manoah Esipisu said in an emailed statement. Most of those expected to welcome the pope will come from neighboring nations on the continent that records for around 16% of the Catholic Church’s 1.1 billion members.

The pope is the most profile dignitary to travel to Kenya since U.S. President Barack Obama’s three-day visit in July.