This is one of Rwanda’s top tourist destination, located in the Northern province of the country, less than 2 hours drive from Kanombe International Airport. Volcanoes National Park Rwanda is famous for inhabiting some of the remaining population of the endangered mountain gorillas in the world. 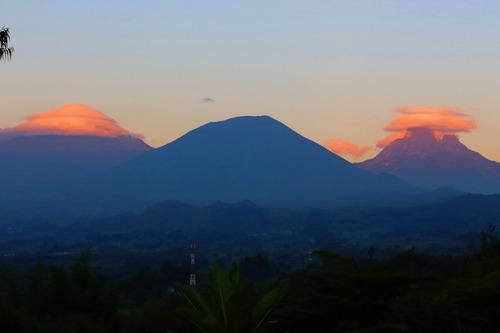 What to do in Volcanoes National Park?

Volcanoes National Park Rwanda receives many tourists for a number of tour activities as below;

Mountain Gorilla Trekking: This is the leading attraction in this park with about 10 habituated gorilla groups. The trek in search for the gorillas is led by professional park guides, accompanied by ranger guides and porters. A day starts with a briefing at the park headquarters, and the hike can take 1- 8 hours depending on how the gorillas move in their natural habitat. It is important for one to posses a gorilla permit prior going on gorilla trek.

Hiking to Dian Fossey Tombs: The late Dian Fossey was an American primatologist who spent close to 20 years studying and protecting the mountain gorillas in Volcanoes N.P. Up to today, her great works are still remembered. She was murdered by poachers in 1895. Much of her work is shown in the movie known as “Gorillas in the Mist“. Her tombs are nestled between the beautiful peaks of Karisimbi and Bisoke near Karisoke research center, and attracts many tourists from all-over the world. The hike to the tombs is very interesting and some luck visitors can find gorillas on the way.

Mt. Karisimbi and Bisoke Hiking: This is another adventurous activity in V.N.P with fantastic views while on the top. Mt. Karisimbi hiking requires 2 days and 1 night camping, while Mount Bisoke requires only 1 day to ascend and descend.

Community Tours: There are so many interesting communities around Volcanoes N.P Rwanda. If you have enough time on your safari in Rwanda, take a guided walk around Musanze town, visit local markets, schools and hospitals, learn about the ways of life of local friendly people, interact with them and also never miss out a visit to Iby’Iwacu cultural village.

Musanze Cave exploration: Musanze cave is about 1.5km, walking through these Volcanic caves rewards you with life time adventure experience.

Nature walk: We have fantastic nature walks to the beautiful twin lakes of Burera and Ruhondo. 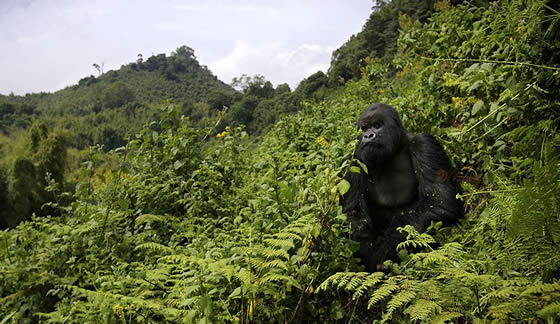 Being Rwanda’s major tourist hub, many accommodation units have developed for different classes, ranging to top luxury lodges to Mid range and budget hotels around the park and in the nearby Musanze town.