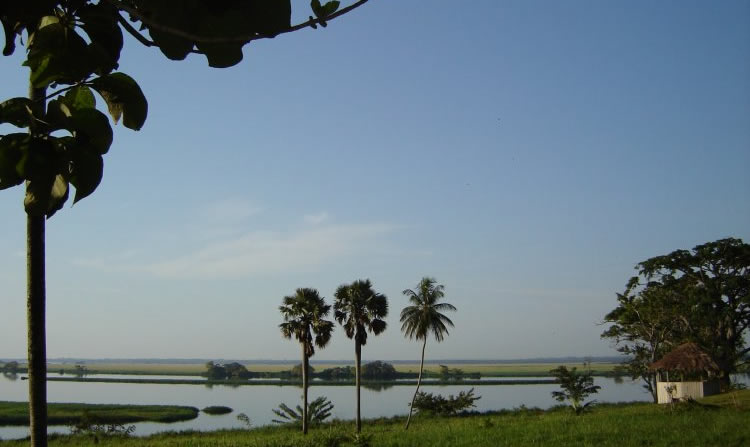 Did you know that the World’s largest wetland of Importance is actually found in Africa? Established in 2008, Democratic Republic of Congo’s Tumba-Ngiri-Mai Ndombe is recognized by the Ramsar Convention as the World’s largest wetland of International Importance extending for an area of over 65,696 square kilometers (6,569,600 hectares/25,365 square miles) with the area around Lake Tumba in the western sides of the Congo River Basin. Until the time of declaration, the Queen Maud Gulf in Canada was the World’s largest Ramsar site declared in 1982 and stretching for 62,782 (6,278,200 hectares).

With its size, this wetland is even more than twice the size of Maryland or Belgium, and comprises of mainly forestland as well as permanent and seasonal Lakes and Marshlands of economic and environmental importance. This Ramsar wetland is fringed to the west by the Congo and Ubangi Rivers that extend to the borders of the Republic of Congo (Congo Brazzaville0 while the Kasai River with its tributary (River Fimi) that drain the Lake Mai-Ndombe flows across its southern edge.

The Congo and Ubangi Rivers join at Tumba-Ngiri-Maindombe region to form a vast area of flooded forest extending for over 38,000 square kilometers (15,000 square miles) that also seasonally changes in size and when the marshlands around Lake Tele in the neighboring Republic of Congo are included, the region becomes the largest fresh water body in Africa hence the two largest areas of open water are the shallow Mai Ndombe and Tumba Lakes. The latter extends for 765 square kilometers (295 square miles) depending on the season and is connected to the Congo River by the Irebu Channel.

Flora and Fauna within Tumba-Ngiri-Maindombe wetland
This Ramsar wetland is part of the moist Tropical rainforest of the Congo Basin which is a home to over 10,000 species of flora as well as mammals, reptiles, Amphibians and bird species. Most importantly, the wetland is a haven to over three species of crocodiles, Hippos, forest buffaloes, leopards, forest elephants, bushbucks and duikers that are particularly of interest to conservationists. This Ramsar site has over 150 species of fish including the endemic species adapted to the environment such as Anabantidae, Polypteridae, Clariidae, Channidae, Protopteridae and Notopteridae among others. Tumba-Ngiri-Maindombe is a trans-boundary are containing one of the vast African carbon sinks through its peat land soils but the wetlands also provide water for sanitation and drinking in addition to fuel, fish and food. Not only that, the wetland contributes to the regulation of flooding and regional climate in addition to ensuring the provision of good quality of water upon which millions if people depend on but the fish extracted from the rivers and wetlands are sold to the nearby cities of Brazzaville, Kinshasa and Mbandaka among others.

In conclusion, even with the challenges of civil wars and rebel activities, the Democratic Republic of Congo has continued to stand out when it comes to provision of remarkable attractions and sites including the Tumba-Ngiri-Maindombe, the World’s largest Ramsar Wetland of Importance offering opportunities of spotting numerous wildlife species like forest elephants, crocodiles, forest buffaloes, Hippos as well as over 150 species of fish including several endemic species.