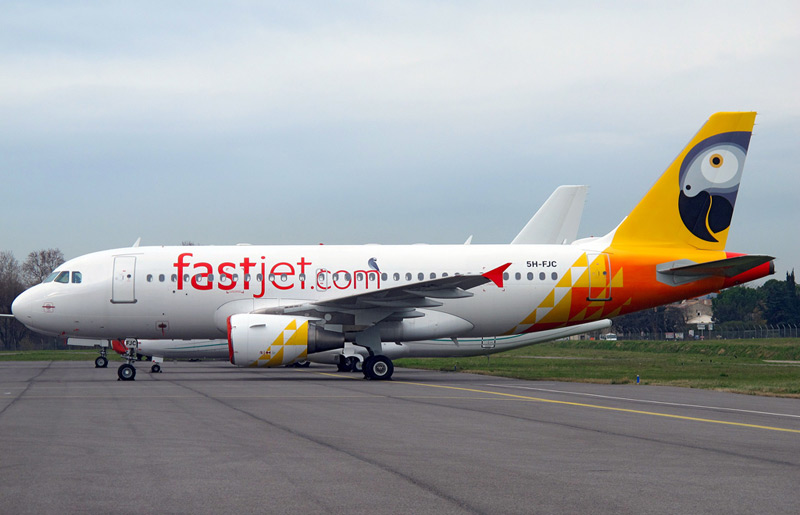 A week ago, Fastjet Tanzania suspended flights on its route between Kilimanjaro and Nairobi.

The route was suspended due to the low traveler demand from both the Kilimanjaro and Nairobi markets, bringing about flights not being commercially viable.

The carrier has stated that its intention is to reinstate the frequency on the Kilimanjaro – Nairobi route as and when clients demand it.

Fastjet’s flights from Dar es Salaam and Kilimanjaro to Nairobi initiated in January 2016.

Fastjet Fares are significantly lower than those charged by airlines currently operating non-stop flights between the Kenya and Tanzania.

Fares from Tanzania to Kenya begin from Tsh.176,000 one-way, excluding charges (Tsh.107,800) departing Tanzania and $40 departing Kenya), with fastjet encouraging travelers to book in advance of their proposed flight date to take advantage of its lowest priced fares.

Fares from Kenya begin from US$ 120 one-way, inclusive of all important government taxes of $40 departing Kenya. The airline started operations amid 2012.

The effect of fastjet flights into Nairobi from Dar es Salaam has been considerable, exhibited by the way that fares on competing airlines flying between the two nations have dropped by as much as 40% since fastjet initiated flights.

Fastjet emphasized that diminishing frequency on the route amongst Nairobi and Kilimanjaro opens up the chance to add more capacity to existing regional routes, and additionally the possibility of launching new provincial routes in the near future. Fastjet is implementing the low cost model crosswise over Africa.