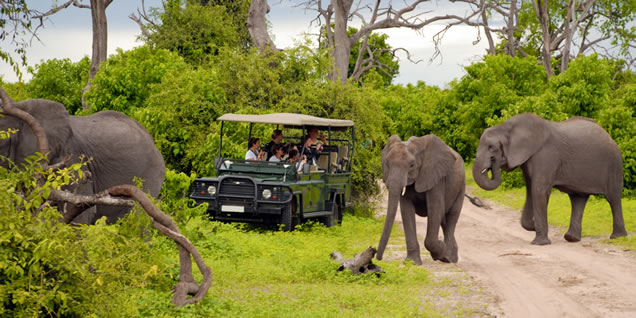 The rules are set by Uganda Wildlife Authority (UWA) and Rwanda Development Board (RDB) with the aim of conserving wildlife. The rules are set to be followed by visitors, tour operators, rangers or any other worker in the parks.
Below are some of the park regulations:

Do not make Campfires except at the officially designed camp site. All visitors setting fire while in the park whether at the camping grounds should strictly be guided by rangers. By mistake, fire can burn or destroy wildlife.
Avoid off tracking – unless guided and paid for, drivers in the parks are not allowed to do off tracking and it can cost fines to whoever caught doing so. Safari guides are strictly advised to drive through the legalized routes in order to protect bushes, forest, animals and birds.

Avoid making motor horn sounds while I the park. Unnecessary sounds disturb or scare wild animals and birds while in their natural habitat.

Avoid driving in the park between 7:30pm and 6:30am. Unless on paid game drives or night Game drives in Semlike National park in Uganda or Akagera National Park in Rwanda. This is done to minimize knocking of wild animals and birds which some times move lazily in their natural habitat. Reptiles like snakes, lizards and other slow moving animals can easily be knocked by night and very early drivers in the park.

Do not move with pet animals like Dogs, snakes, birds among others. When coming to the park, leave the domesticated animals and birds at home. Accidentally, your domestic pets can be eaten by wild animals if not carefully guarded and the reverse is true.

Avoid carrying firearms to the park. Such ammunitions can destruct the security in the park. You may be looked at as a threat to the wildlife and other visitors in the park.

Avoid plucking leaves, flowers or uprooting plants in the park. Learn that, the parks are natural habitats for wildlife which should be conserved for future generation. The destroying of wild life habitat can force them shift to other safer places.

All drivers in the park are strictly ordered to drive below the speed of 40km per hour (25mph). It is aiming at minimizing accidents which can cost human and animal lives. All drivers should know that any time animals are crossing roads and over speeding increases chances of accidents.

Present all necessary documents at the park entry point for inspection. Move with your receipts, passports, and driver’s license for inspection if needed.