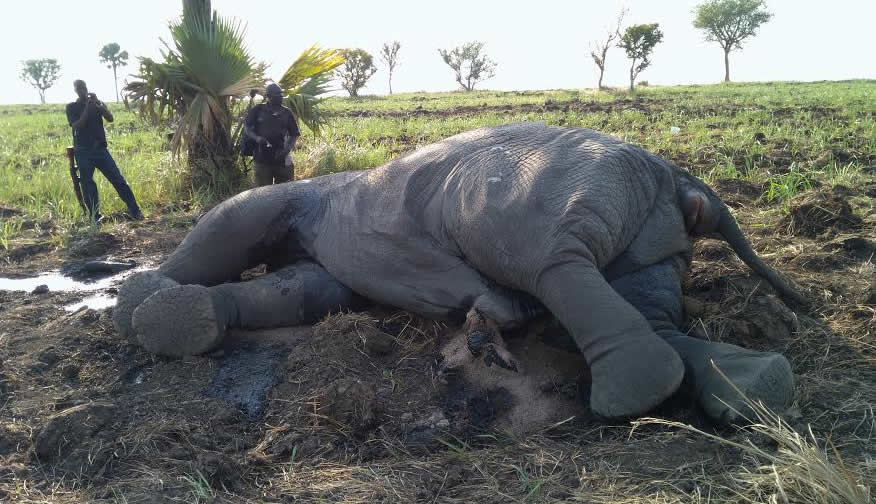 Three men in Nwoya district is still under police custody for suspected poaching of wild animals in Murchison Falls National Park as the police and trying to search for the gun they used to kill an elephant in Anaka Village.

These men are in their late 20s identifies as Okello Eric, Otema Justin and Ayella Bob occupants of Anaka Village in the north western Uganda were found possessing 27kg of ivory and they were looking for market.

Authorities of the Natural Resource Conservation Network (NRCN) got a hint on deal ivory and tipped off police which prompted to the misgiving of the suspects.

The trio admitted to NRCN, that they found a dead elephant in the Murchison Falls National Park and quickly removed its tusks given their profitable ivory.

Justin Otema one of the suspects said, they were going to sell the ivory at 300,000/= per kilogram of the 27 kilograms.

As per Nwoya police, the suspects will remain in the police custody as investigations go ahead to find the weapon used and additionally the killer before they are arraigned before the courts of law stipulated in the Uganda Wildlife Act.

Poachers in African mostly target Ivory whose demand is high both on local and international markets. Elephants are among the major ‘Big 5’ animals that attract a lot of tourists from different parts of the world to come to Uganda for a safari.

Executing of these elephants is a main setback to both conservation and the tourism gains made in the most recent years. In spite of the fact that, elephants around the world are under threat due to the increased demand of ivory in the Asian countries and conservation agency estimates show that the number of elephants in the whole world has decreased by 62% over the recent decade.

Reports from different wildlife conservation agencies show that legal ivory market particularly in Asia countries fuel ivory smuggling and elephant poaching. It is evaluated that, about six elephants are killed every year in Uganda by ivory hunters from the national parks like Murchison, Queen Elizabeth National Park, Kidepo Valley National Parks among others.